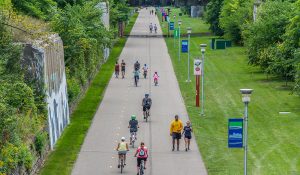 Detroit’s design community has set an ambitious vision—to become a global leader in the practice of inclusive design in order to drive more inclusive growth. 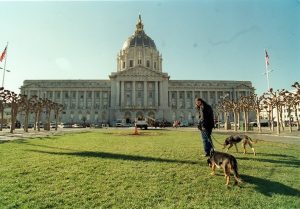 Over the years, public seating has been removed from virtually the entire city. While this anti-homelessness strategy has given way a little with the emergence of the city’s many parklets, it’s still in full effect. 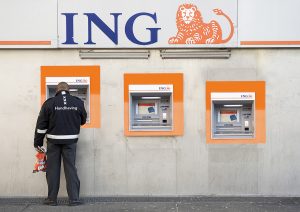 Wouter Corvers envisions street infrastructure created for people of all shapes and sizes. 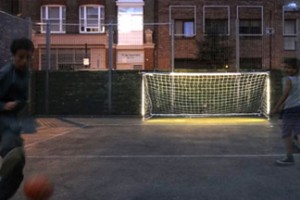 We often focus on mobility concerns when thinking about Universal Design, but perceptual concerns, like lighting, are just as important. Tom Jarvis, a Research Associate at the Helen Hamlyn Centre for Design, has created an urban lighting system that uses standard scaffolding tubes and LED lights, which has the potential to illuminate the neglected areas of a city. Jarvis noticed that metal scaffolding tubes are already used throughout the urban landscape in benches, fences, handrails and bike racks. By adding LEDs to these metal tubes, everyday objects can become lights that illuminate spaces and make communities safer and more inclusive for everyone. These tubular lights have even been incorporated into a football (soccer) goal in a housing estate, allowing children to continue playing at dusk and transforming the space into a place for families to gather.

Read the article “In the Shade: lighting urban communities” 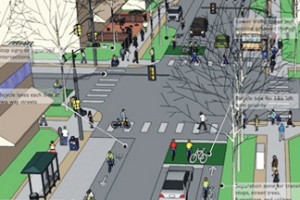