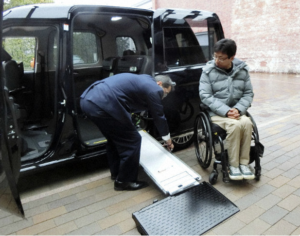 Toyota Motor Corp. has announced that it will improve its “JPN Taxi” universal design taxicab to enable wheelchair users to get into the vehicle more quickly — cutting the current maximum of around 20 minutes down to three minutes. 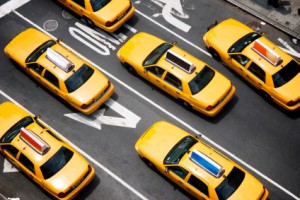 New York City’s Taxi & Limousine Commission has launched its new dispatch system for riders who use mobility devices. The accessibility of NYC cabs has been a hotly contested issue since December 2011 when afederal judge ruled that New York City’s taxi fleet had violated the Americans With Disabilities Act. However, a Federal Court of Appealsoverturned that ruling on June 29th, 2012. Riders with mobility disabilities in New York City will not be seeing an increase in the number of accessible taxis or the creation of street hailing for accessible cabs, but they will be able to use a new dispatch service for accessible taxis. 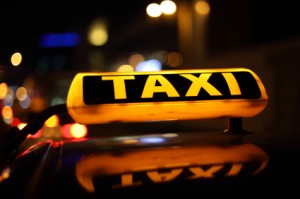 With the addition of 47 taxis, the number of wheelchair accessible cabs has increased up to 50% in 2012 in the state of Chicago.

In July of this year, a new ordinance will go into effect, mandating all cab companies to provide accessible cabs. An incentive to this ordinance is that the wheelchair accessible cabs get to stay operative on the road for 5 years, as opposed to the 4 year limit that a non-accessible cabs must adhere to. In addition, if the accessible cab is in good condition at the 5 year mark, it may be granted an extension of one more year.

More costly than your average taxi, the MV-1 has been the main alternative choice of fleet owners when seeking accessible cabs. Accommodating two passengers in wheelchairs and three able bodied passengers, the MV-1 also operates on natural fuel.